Morgan Mcgovern April 28th, 2015 Cannabis Share:
This post I’d like to take some time to highlight a few products currently available on the recreational market that I personally endorse and use. With the amount of products ready for purchase out in this relatively new market, often it is hard to distinguish which products are worth the asking price, particularly when it comes to things like vaporizers and hash oil pens. In this blog I will do my best to provide a relatively unbiased account of products that I both love and despise, and the reasons why. So lets dive right in. 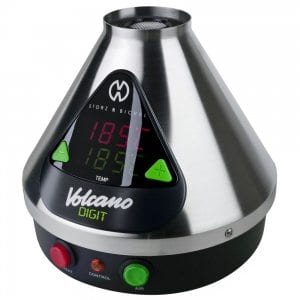 Being that “vape” won Word of the Year last year it seems important to touch on the topic. Vaporizing is a trend that has swept marijuana culture over the past 15 years. Perhaps the biggest and most reliable name in the Herb vaporizer scene is Volcano – a German based company with more than a decade in the industry. Being Germans, you know they designed it right, and their original Volcano vaporizer hasn’t changed much since its inception. They run about $600, and they are worth every penny. The volcano comes with various attachments to accommodate big vapor bags or a more traditional sort of moutpiece. A secondary option to the Volcano is the Silver Surfer Vaporizer, which is comparable in every aspect, with some minor differences. Do some homework between these two options would be my best recommendation. Both of these options are great for multiple smoker households, parties or individuals who vape a lot. And the best part is, vaping is better for your health! 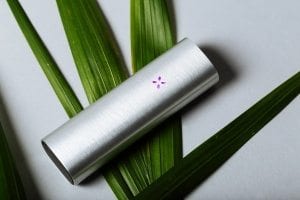 Depending on how confident you are, most any vaporizer is technically portable. But for those with needs for discretion about their smoking habits there are multiple handheld flower vaporizers now available to anyone with a decent pot-budget. The first and foremost on the market is the 10-year warranty touting PAX 2 handheld vaporizer. This thing is the Porsche of Vaporizers, meaning it is still manufactured like a Toyota but comes with a shiny price tag, reliability and a warranty that is hard to deny. Frankly all portable vaporizers are more or less garbage, the only thing that separates PAX is it’s unstoppable warranty. The business has enjoyed a relatively high degree of success because of their tight product control. Don’t expect to find a discount on these puppies anywhere, its $280 no-haggle price. The last-year’s-model is now 200 bucks pretty much nationwide, be wary of the original PAX, it has a mouthpiece feature that tends to help clog the vapor delivery tube running vertically up the unit. The PAX 2 has been redesigned to be smaller, with a bigger spot to pack in buds, and more temperature control\. PAX original is a no, PAX 2 is a go. Really the only other honorable mentions here are the “Magic Flight Box”, the “IPuff Flowr” which is the cheaper/ dirtier alternative to PAX, and the over sized and overpriced portable Volcano (not very portable looking, more like an 80’s walkman). I value stuff I can fit in my pocket or deep in my girlfriend’s purse to get into concerts and the like. If a product doesn’t meet these discretion requirements it usually won’t even make my list. 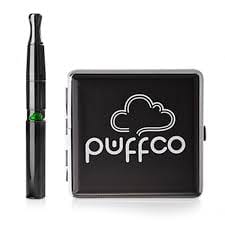 PUFFCO – The Puffco portable hash pen vaporizer is hands down, far and away, the only hash pen type product to buy. I’m not kidding you. I have had literally every hash roasting pen that is currently available on the market. The only two that even come close to providing a true “Dab” experience through a pen would be the “Maud Dib” by Magic Flight Box and the Puffco proprietary pen by the New York based company Puffco. The Puffco is distinguished from its competitors by its all metal exterior construction and all ceramic chamber. Most Pens have a silica wick in the bottom that throw off the flavor, but the Puffco has corrected this inherent flaw and made a pen that tastes perfect.

Caveat Emptor: Don’t buy anything that claims to be disposable. Pre-loaded products are almost always full-on trash, and also questionably bad for your health. Most of them have cutting agents to deliver the hash oil called Proethylene-Glycol or PEG. Many disposables leak when put through common mountain pressure changes. Also the heating mechanisms in many disposable products potentially off-gas harmful plastic chemicals. Not 100% of the time are these things nightmares, but you don’t want to be the one who receives a faulty unit. This cutting agent used in a large majority of disposables has not been effectively studied for human safety concerning consumption, but is currently regarded as safe by FDA standards (which also allow toxic levels of arsenic in our food, so beware their tentative approval).

Having been correctly reminded by a friend who works with a disposable company, the only disposables worthwhile would be the O.pen Reserve line, and other CO2 based disposables like pens by Evol Labs and Karing Kind. Avoid the ones with extra ingredients you can’t pronounce.

The Puffco can handle BHO, water hash, and even CO2 oil. It is the all around best pen I have used.

Many users also like products by I-Puff, a Denver based vape

That sums up my shameless product endorsement blog for this week. I hope these opinions may help shape your purchase. Obviously the price-tags for all of these items are high, I don’t ever expect to pay a small amount for something that is delivering an experience to my mind and body. In the world of vaporizers you absolutely get what you pay for, so spend the money if vaping is something you think you want to pursue. Your lungs will thank you for it down the line.