Archive for the ‘ Cannabis Giving ’ Category 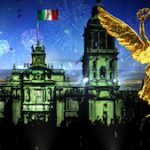 Photo Credit: History.com   Today in Mexico, communities host military parades to honor an improbable Mexican Army victory, under General Ignacio Zaragoza’s command, against French forces at the Battle of Puebla, May 5, 1862. While in America, Cinco de Mayo has assimilated into a party-focused holiday, celebrating (in some cases, appropriating) our country’s Mexican-American culture. However, a totally different Mexican congregation has those within the cannabis community celebrating with extra incentive this year. Just last week, with only 11 votes against and 371 votes in favor,... Read More

The Shield vs. MMJ 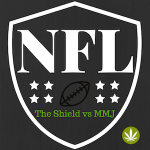 As 2017’s NFL Draft closes this evening, let’s take a look at the league’s policy regarding players’ cannabis consumption. Yesterday, Commissioner Goodell – welcomed by steady boos throughout the draft, every year (sparked, perhaps, by resentment toward his ~$35 Million salary, and his catering billionaire owners over player welfare and safety) – made a public statement on marijuana use, consistent with his previous rhetoric on the issue. Goodell basically maintains that the league will remain consistent with current medical research, and continue exploring potential... Read More

SENSIble Celebrations On The High Holiday 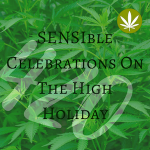 Most cannabis consumers and cultivators do not require additional encouragement to celebrate their favorite cash crop. Still, the community has seen 4/20 grow from codeword, to an active movement on college campuses, and into a fully international cultural phenomenon. True to the Old English etymology, April 20 has become a holy day – where masses gather to collectively light-up, while dispensaries unroll their best deals and newest products – for those involved with cannabis culture. While many ‘outsiders’ still approach the date with irreverence (even annoyance), my personal... Read More

**Strain Highlight: Strawberry Banana**   With cannabis growth, increased demand, control and gene pool, the names we ascribe new strains greatly influences the industry’s assimilation into our popular culture. Sure, there are novelty strains – like those named for famous stoners: Willy Nelson, Bill Maher, and Snoop Dogg. And, often, it may seem like growers and dispensaries simply pull names from their head-space with a little help from their product, like a good title meant to attract a target audience. However, strains are usually named for very specific qualities breeders seek... Read More 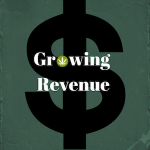 It’s that time of year; when the country pays its taxes! While not exactly Christmas, among the complication and stress many US citizens experience during this time, one thing is certain: the process involves a lot of giving. The Federal and State governments give out tax refunds, or residents give back what they owe. We pay taxes to fund and support our government. The government represents us through programs, services and benefits paid for by tax dollars. Some believe they pay too many taxes, or at too high a rate, without receiving the desired returns. This sentiment is shared by select... Read More