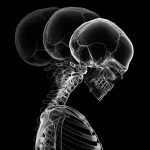 BREAKING: This just in. The city of Dallas, Texas – yes, Texas – voted yesterday to relax penalties for marijuana possession. This “cite and release” ordinance provides that anyone caught with possession of less than four ounces of pot will receive a ticket but will not be arrested. Baby steps in the land of some seriously whack-a-doo right wingers. Big congrats to my home town! Now back to our regularly scheduled program: Weed Law 101, Part 2: Congressional Whiplash. As we learned in Part 1, the federal government used racial fear and prejudice to first criminalize marijuana in 1937.... Read More 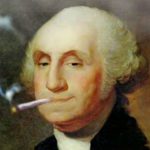 Part 1: Blame It On Mexico Marijuana law and policy is complicated. As with all political issues, understanding where we have been historically is crucial to deciding where we should go. A little history helps put things in perspective and contributes to crafting reasonable drug laws. I present to you the first installment of Weed Law 101. This country’s on and off again love affair with cannabis started long before this nation was formed. Beginning as early as the 1600s, North American settlers encouraged hemp production for the manufacture of rope, sails, and clothing. (By hemp, I mean the... Read More 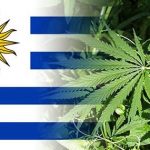 I bet if you were asked what country was the first to legalize cannabis from production to consumption, you probably would not think, “duh, Uruguay!” But it’s true. Although recreational drug consumption has never been outlawed in this open minded, liberal country, the cultivation and sale of cannabis remained forbidden. This month, however, pot smokers in Uruguay became the first in the world to sign up to buy state-produced weed for recreational use. How the law works is somewhat fascinating. Legal marijuana will only be available at pharmacies. Those wanting to purchase legal cannabis... Read More 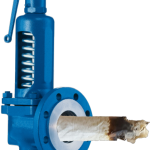 We have a cat fight, folks! Meow! Remember last week when Attorney General Jeff Sessions lowered a cloud of despair across the country with his revival of the War on Drugs? Well, a bipartisan, forward thinking group in Congress have introduced legislation to counteract Sessions. Let’s discuss. Our regressive Attorney General directed federal prosecutors to charge people with the most serious provable offenses to trigger mandatory minimum sentences. As we’ve discussed, these sentences provide for “one-size-fits-all” sentences of pre-determined lengths. They fail to consider the individual... Read More 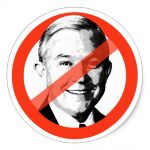 As of this week, Vermont became the first state legislature to pass a bill to legalize recreational marijuana. That may be surprising to you, since eight other states currently have legal recreational weed. The difference? Those states passed public ballot initiatives. So, if signed by Republican Governor Phil Scott, Vermont will remove penalties for possessing one ounce of marijuana or less and allow adults to keep two mature plants. Ahhh, so nice to see a legislature opening its eyes to reasonable drug policy. Alas, in the same week of continued progress at the state level, “Debbie Downer”... Read More 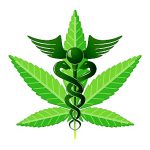 Before I get too far with this blog entry, I want to clarify at the outset that I’m only discussing the Americans with Disabilities Act (ADA). Multiple states have additional laws in place to provide more encompassing employee protections. I am also not talking about people showing up to work stoned. With those caveats, let’s learn a little weed law. The ADA prohibits employers from discriminating against employees due to a disability. A disability is a physical or mental impairment that substantially limits one or more major life activities.  Employers are required to provide reasonable accommodations... Read More 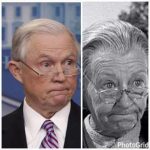 The countdown is on. Funding for the federal government runs out at midnight tonight. Will our broken Congress be able to agree on a new spending bill in time? Or, is Attorney General Jeff Sessions about to be green-lighted to get out his shotgun “Granny-style” on the doorsteps of medical marijuana shops? I see the confusion brewing. Let me explain why this spending bill has anything to do with legalized medical marijuana. In a nutshell, when the government’s funding ends, all non-essential government operations and agencies are suspended until a new budget is approved. By “non-essential”... Read More 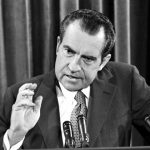 To all our readers, happy 4/20! According to today’s CBS poll, 61% of America wants marijuana legalized. Happy 4/20, indeed. I’m excited to get back into another installment of Weed Law 101. As indicated in prior blogs, U.S. officials have been informed time and time again through scientific and objective studies that marijuana is not a “gateway drug”, does not cause violence, and does not induce addiction. Yet, federal policy has fluctuated greatly between being very strict to quite relaxed on cannabis. Why such inconsistency? The answer to that is not due to new revelations about the... Read More 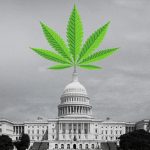 Last week began a multi-part series explaining the United States’ colorful history with marijuana law. That endeavor will be continued next time, as I would be remiss not to mention that at the end of last week, a flurry of marijuana-related bills were introduced into Congress. If you have been following along, you know that in week two of this blog, I explained legislation was introduced into the House that would remove cannabis from the list of federally controlled substances.  Removing weed from federal criminal jurisdiction does not give the federal government a bite at revenue from the... Read More 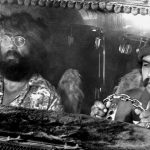 When we talk about policy changes regarding legalization of marijuana, there are always people that immediately go into “reefer-madness-code-red-alert!” mode out of concern for driver safety. Telling them to take a hit and calm down goes over like a lead balloon. So instead, let’s talk facts and be reasonable. Marijuana is less dangerous than alcohol and, like alcohol, the deterrent effect of a DUI arrest applies. In the first large-scale controlled study of drug and alcohol crash risk by the National Highway Traffic Safety Administration, there is no significant increased crash risk associated... Read More