Fighting ALS with Murder and Mystery 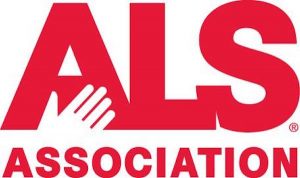 I first started learning about cannabis having neuroprotective properties after witnessing my wife have a seizure. Having never witnessed a seizure before, and not knowing how long it would last, or what to do after, it was a frightening experience. As terrifying as it may have been, it was the catalyst which began our research into the medicinal properties of cannabinoids. What I’ve learned since then has been remarkable. The cannabis plant has the potential to help several conditions, and improve the quality of life for those who have been diagnosed with lifelong illnesses, but not all diseases are curable, and some can quickly shorten your lifespan, like ALS.

ALS stands for Amyotrophic Lateral Sclerosis, and is commonly associated with famed and beloved baseball player, Lou Gehrig. You may have even heard ALS referred to as “Lou Gehrig’s Disease”. It is a progressive neurodegenerative disease without a cure, that causes death in all cases. According to research it “is the third most common neurodegenerative cause of adult death, after Alzheimer’s disease and Parkinson’s disease. ALS results in the degeneration of motor neurons in the cortex, brainstem and spinal cord”. What happens is, as the motor neurons die, the person affected is then unable to control muscle movement throughout their body. This can affect every aspect of muscle movement like walking, talking, and even breathing, or swallowing. It even can lead to paralyzation before death.

Clearly, ALS would be a heart sinking diagnosis to hear from any doctor. Although there may be no cure, evidence suggests cannabis to cause “prolonged neuronal cell survival, delayed onset, and slower progression of the disease. Cannabis also has properties applicable to symptom management of ALS, including analgesia, muscle relaxation, bronchodilation, saliva reduction, appetite stimulation, and sleep induction”. Cannabis once again proves itself to a be a useful medicinal tool in improving quality of life, and in rapid neurodegenerative diseases like ALS, even prolonging it, allowing family and loved ones more time together.

Families like Gary Wyman’s, whose story sparked my research into ALS, and how cannabis may help. Gary was tragically diagnosed with ALS in December of 2016, shortly after being married in August of the same year. News of Gary and his efforts to raise support for his family, and awareness for ALS came to me from the good people at Irie Weddings and Events. Irie is hosting a benefit this Tuesday, October 17th, in the form of a cannabis friendly murder mystery dinner. Appropriately titled, Boas, Blunts, and Bloodshed will benefit Gary and his family as they battle ALS, and the Rocky Mountain Chapter of the ALS Association. The charity event will include dinner, a live murder mystery show, silent auction, and more.

The event itself is an excellent example of how the cannabis industry is coming together to support both the local community, and raise awareness globally for this plant’s many medicinal benefits. This charitable dinner isn’t just being hosted by a cannabis wedding company, it’s also being sponsored by a local dispensary, The Green Solution, and major cannabis publication Sensi Magazine. Other local sponsors include Steepfuze, Stillwater, Olio, and Toast. All of these companies, from different areas of the cannabis industry, are uniting for a common good, and this is why I love the cannabis community. Their efforts to raise awareness and education for ALS have reached me, and I hope to pass along that reach to you. I will be attending Boas, Blunts and Bloodshed, and I personally invite you to join. You can do so by emailing eventsbyirie@gmail.com to RSVP. If you’re unable to attend, I encourage you to support Team Garbear and the Rocky Mountain Chapter of the ALS Association in any way you can. Your donations and support directly affect those involved, and help to promote cannabis as a medicine. This promotion will lead to global legalization, and improved quality of life for millions of people around the world. I thank you sincerely for your contribution, and wish the best for all those affected by ALS, and other conditions.