Home » Confessions of a Budtender » Cannabis Is Not A Partisan Issue

Cannabis Is Not A Partisan Issue 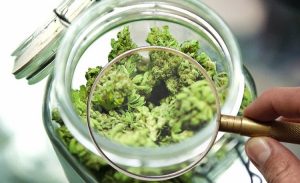 The hot topic up at the bud bar this week did not involve the most fire strain of weed, nor was it about the best new edible on the shelf. It was not about what state would be going legal next or what concentrate process created the most potent dab. It was about a Gallup poll that showed marijuana legalization is currently supported by more Republicans than ever. Why should this surprise anyone? Marijuana is not mentioned in the Constitution and it is not mentioned in the Bible. Marijuana does not hurt or go against any of our cultural values. Marijuana has nothing to do with abortion and marijuana has nothing to do with sexual orientation. Marijuana does not stand in the way of any conservative leaning ideals whatsoever, so it mildly infuriates me when polls come out and people are so taken aback by the fact that conservatives could support cannabis. Why would those on the right not support cannabis legalization? Conservatives should support cannabis for a number of reasons.

Cannabis is currently a matter of state’s rights issues, which is a central tenant to conservative politics. The Tenth Amendment says the federal government only has the powers specifically delegated to it. Their position is that states’ rights should reign supreme and power should be centralized within the state. These traditionalists believe that the government closest to the people is best able to decide what the people need. They shy away from that though when the topic of medical and recreational cannabis come up. There must be a reason why they are against weed. Republicans respect the cannabis prohibition law so strongly, you would think it was written by Ronald Reagan.

Many Republican principles are arguments for why cannabis should be legal, but conservatives have been known to abandon their core values when the topic comes up. The sticky green is flourishing in the states that allow its use, and conservatives consistently have a reputation for siding with money over people. They have been known to throw their own constituents and beliefs under the bus when a little money is involved.

So, if state’s rights and a little payola do not work for cannabis then why else would conservatives be against weed? Could it be that Republicans are “old fogies”, unwilling to accept any type of change? The word conservative does mean resistant to change after all, but human beings are meant to evolve. Recently, we all remember Jeff Sessions making waves when he stated that no decent people smoke marijuana. Although I do not agree with it, I suppose I am capable of looking at something like cannabis and am able to see it from his perspective. The man is a lawyer after all, he has been told his entire life that cannabis is an evil drug, he has known nothing about it other than it is illegal. However, I have sold more weed to senior citizens than any other segment of our population. “Old fogies” are cool and they are the reason why weed is currently legal so there goes the argument that older generations are unwilling to accept change.

Perhaps it is more ingrained in the type of person a Republican is then. I read an article recently that discussed a theory by John Hibbing of the University of Nebraska that says conservatives innately have a “negativity bias”, and that it is ingrained in their physiology. Hibbing points out that conservatives are “more attuned to negative stimuli within their environments”. They are more likely to over react to the issues of what they perceive as “threatening” or “disgusting”. In other words, they are high strung and possibly over caffeinated personalities. They are concerned with what everyone else is doing and not so much themselves, they are busybodies and they perceive the world differently. The paper goes on to discuss that this is most likely an evolutionary trait left over from pre-historic times when this kind of attitude would have saved you from getting eaten by a sabretooth tiger. If nothing else, this is an argument that proves political conservatives are unevolved.

Marijuana is not a partisan issue, but it is constantly treated as one. Alcohol is not a partisan issue and is never treated as one. So, what is their problem with weed? I think it comes down to hippies. Hippies smoke weed, and conservatives hate hippies. Hippies are socialists, socialists are communists, and communists are bad. In a conservative’s eyes hippies are perceived as anti-establishment and they cause trouble. They are advocates for radical new ideas, something we have already established conservatives disagree with. Hippies have long hair, they dress funny. I think that the reason conservatives do not like cannabis has more to do with a way of life that they want nothing to do with. Hippies figured it out first though, they won the culture war. Those like Sessions, who are against it, are sore losers unaware that they even lost. When those on the right stop fearing the social change that hippies represented forty years ago, cannabis normalization will begin to occur.

Chris Fisher
Chris grew up in Dover, Delaware with his sights set on the wild west. Inspired by 80’s and 90’s- era ski movies Chris found his way to Gunnison, Colorado in 1999 to attend Western State College, now Western State University, and to ski Crested Butte. In this little mountain town in the heart of the Sangre de Cristo mountains Chris also found a lovely little plant called cannabis. Chris still lives in Colorado, having moved to Steamboat Springs after graduating to follow his love of skiing, mountain biking, and all things outdoors. Currently working as a budtender with 7 years experience in the cannabis industry Chris has a passion for cannabis, a desire to write, and a love for Colorado.
Tagged: #cannabis#change#confessionsofabudtender#conservative#evolve#republican