Chris Fisher May 30th, 2017 Confessions of a Budtender Share: 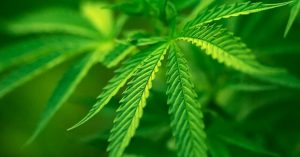 On any average day, I would say I see more out-of-state visitors than Colorado ones. So, for the sake of this blog, I began asking customers their thoughts on how long they think it will be until they see any kind of a legalization within their own states. The response I got from most people was, “my state will be the last to legalize weed”. These are grown men and women telling me they have no hope for their state, meanwhile, everyone in line behind them is also from their home state. Why choose to be so dire about the possibilities of legalization back home, regardless of your state’s political stance? Additionally, why are so many conservative states against the legalization of marijuana? Cannabis does not infringe on religious or cultural values, cannabis is not trying to remove a confederate statue. It could be that people have taken an apathetic position because cannabis is on a roll right now. Twenty-six states and the District of Columbia currently have laws broadly legalizing marijuana in some form. Most recently, California, Massachusetts, Maine, and Nevada all passed measures legalizing recreational marijuana. This only accounts for a portion of our country though. Plenty of states, conservative and liberal, have yet to move towards any legalization or decriminalization. Unfortunately, they are some of the parts of the country that could stand to benefit from it the most.

Imagine how much fun Iowa would be if cannabis was legal there? I might actually want to go there. Well, no I wouldn’t. One reason to support legalization in your state though could be for the tourism it will create. Cannabis is responsible for one of the largest booms in Colorado tourism since the invention of skiing. Denver International Airport continuously sees a record number of travelers, and our recent population growth is clearly due to cannabis legalization.

Election Day 2017, although somber for most, did mark a historical step forward to end marijuana prohibition when four more states chose to legalize. Legalization initiatives prevailed on both coasts and currently, there is more public support for marijuana law reform than ever before. Cannabis prohibition is a broken system and it can no longer be regulated. The criminalization of marijuana does more harm to the public than good, and with decriminalization, we would also see the loss of an illicit industry. Appropriate laws could be put into place that would ensure public safety, new businesses could be given the opportunity to thrive, and all money collected from its taxes would go back to the infrastructure. When Nebraska and Kansas are done throwing a temper tantrum about Colorado tourists driving through their states with marijuana perhaps they will take a second look at what the influx of marijuana tax money is doing to beautify our state through roads, schools, and other public works projects. I mean, we have overpasses on the highways so animals will not get hit by motorists. Kansas has had to cut their states’ budget so many times it is now removing educational and social programs they say cost too much. Conversely, Colorado is generating so much tax money that it had to give back some back to the taxpayers last year. Colorado has even begun using the money it generates from cannabis taxes to specifically fund programs helping those with opioid addictions. It does not make sense for a state to spend money they do not have to fight a plant, that over sixty percent of the country agrees should be legal. Especially when that same state could be using the money in a more beneficial way.

Maybe the biggest hurdle we face is the mindset that was created due to the misinformation and propaganda our parents and grandparents were sold about marijuana. Most likely that will not change until the generations do. That is a sad thought because, like I have said previously, marijuana is practically custom-made to benefit the quality of life for those getting on in years.

If you would like to become involved in doing away with marijuana prohibition please contact your representatives today and urge them to vote “Yes” on cannabis proposals that will enable police, prosecutors, and the courts to reallocate existing resources toward activities that can better serve you and your neighbors. Doctors For Cannabis Legalization (dfcr.org) is an organization for physicians who support cannabis legalization. Pro -marijuana groups such as NORML will also have sign ups on their website for anyone looking to get involved http://norml.org/states.

Chris Fisher
Chris grew up in Dover, Delaware with his sights set on the wild west. Inspired by 80’s and 90’s- era ski movies Chris found his way to Gunnison, Colorado in 1999 to attend Western State College, now Western State University, and to ski Crested Butte. In this little mountain town in the heart of the Sangre de Cristo mountains Chris also found a lovely little plant called cannabis. Chris still lives in Colorado, having moved to Steamboat Springs after graduating to follow his love of skiing, mountain biking, and all things outdoors. Currently working as a budtender with 7 years experience in the cannabis industry Chris has a passion for cannabis, a desire to write, and a love for Colorado.
Tagged: #cannabis#cannabisculture#confessionsofabudtender#iowawouldbecoolonweed#Kansas#LeafoftheWeek#LegalizeIt#Nebraska#weedandmoney#weedsnobbudtenderColoradoMarijuanaTHC