Home » Confessions of a Budtender » The More I Know, The More I Realize I Know Nothing…About Weed

The More I Know, The More I Realize I Know Nothing…About Weed 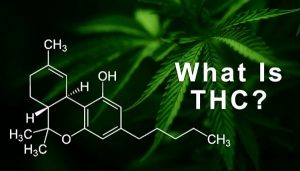 Do you have any friends that work in the weed industry? How many of them have degrees from The Cannabis University? None, because I just made that up, no such place exists. We are not healthcare professionals, we have no real training. I am just a dude who loves cannabis and I am standing on the other side of the counter from you. So then why is it that an abundance of folks who get a badge to work in this industry suddenly know way more than everyone else when they put that badge around their neck? What research have they done that would involve anything more than a closet grow or hotboxing their Jetta? Private growers are just as bad, what is it about some home grower that makes them so well informed? Most private growers do not have much experience outside of growing a handful of strains in their basement, poorly I might add. The best growers are those who take direction and strive to push the plants to their full potential, they are not the ones who tell you they are “master growers”. I have grown tomatoes for the last five seasons, but you know what I know about the genetics of tomatoes? Nothing, I know when they need water. Private growers only have knowledge that is based on their experience in their home or tent grows. It always makes me laugh when I hear some colleague or customer swearing up and down, so sure that what they are saying is fact. I hear things like, “edibles do not matter if they are sativa or indica”, “butane hash oil will cause psychosis”, “soil is better than hydro, no wait hydro is better than soil”, “landrace strains are the best, pure indicas are the only way to go”. When did everyone become such a damn expert on the subject of cannabis? Listening to these conversations is like watching the blind leading the blind. I have been working in the cannabis industry since 2009 and I know there is so much out there for me to learn. The more knowledge I get on a subject just proves to me that there is so much out there to learn. I have grown weed, trimmed weed, named new weed, I have read Ed Rosenthal and Jorge Cervantes. I have opened new dispensaries in new markets that have never seen such a thing before. I have traveled to Amsterdam twice to see the old country, I have visited Barney’s, yet I do not think I know it all. I have yet to go to India or Jamaica, I have never sold weed in California, I have never owned a dispensary, I have not smoked with Willie, and I have never been to an Amsterdam Cannabis Cup…yet. I still have miles to go. The best budtenders are those who have experience, care about doing a good job, listen to the people, and serve the customer. It is not the ones who got into the industry last week and can smoke a blunt to the head.

Would you like to know who does know something about the cannabis plant? It is a man that most tenured budtenders or “master growers” have probably never heard of, it is a man named Raphael Mechoulam. Dr. Mechoulam is an Israeli organic chemist and professor of Medicinal Chemistry at the Hebrew University of Jerusalem in Israel. Also known as the grandfather of research into medical marijuana, he is the man who discovered tetrahydrocannabinol and cannabidiol and the man who discovered the brain’s endocannabinoid system. After reading up on the endocannabinoid system I am still unable to comprehend or even describe what it is in any kind of layman’s terms. I will try though. Essentially it is the part of the human body that reacts to cannabis when we ingest it. It is the part of the human body that controls mood, appetite, pain, and memory. Dr. Mechoulam has been the leading scientist in the field of testing cannabinoids as drugs against pain, inflammation, and cancer. Starting in the late 1960’s, the research done by Mechoulam and his colleagues has shown that THC and CBD work with receptors in the human body that are able to protect against many conditions. If you want facts about your medicinal marijuana, start with this guy.

Most of us got into this business because of our love for the cannabis plant and the desire to help others, as well as get some killer discounts on the chronic. It seems though, that when someone in this industry gets a little bit of knowledge, suddenly, they become the Werner freaking Heisenberg of weed. Perhaps it is best that instead of telling people what we have “researched” we should be listening to people, and reading more about what we do not know about this plant. If you are a budtender interested in doing research, I would start with Dr. Mechoulam, not with Willie, Snoop or Chong. Although I do love those fellas. Clinical trials have never even been done in the United States. I always laugh though when I hear a budtender say they have researched things because it is usually a subject that they just googled while high one night. There is a handful of us out there however that have been in this industry long enough that we can tell you things from experience and from customer and patient interactions. None of us have been in the lab though. It is a budtenders responsibility to know their product but I see no need to lie or make up things. I suggest that any budtenders that read this blog put themselves in the shoes of a customer and find out answers to questions they themselves might have on this subject.

As a result of the United States’ refusal to support scientific research on the effects of cannabis, we know only what Dr. Mechoulam has given us. Scientists as far back as the 1800s realized the beneficial effects of weed but legal problems have disrupted any serious study. Mechoulam is quoted as saying, “I believe that the cannabinoids represent a medicinal treasure trove which waits to be discovered”. You want to throw your budtender a curveball, ask them what they can tell you about Dr. Mechoulam and his work. Most will probably look at you sideways. And then, for Christ sakes, throw your budtender a tip, they do not get paid that much, and they just stood there and listened to you discuss your ailments for half an hour.