Home » Confessions of a Budtender » What Is Your Favorite Strain?

What Is Your Favorite Strain?

I am going to be honest with you, I really like weed. It smells nice, it tastes good, and its effects are enjoyable too. It is so lovely when you are not expecting it and you get hit with the aroma of cannabis.  When I walk into work in the mornings all I can smell are the grow facilities. The HVAC fans must kick on around the time I arrive because my walk into work from the parking lot every morning is a feast for my senses. I also love the way weed tastes, every strain has such a unique flavor. All cannabis is my favorite, I may prefer this strain over that strain but if you ever catch me saying I do not like a strain of weed you have permission to smack me. I was considering doing a “Best Strains” discussion today, but it is so tough to narrow that down to only a few choice picks, so instead I will talk about just one strain, may favorite one. My all-time favorite strain of cannabis is called Chem Dawg. You may see it by different names such as Chem #4, Chem Dawg ’91, or to a lesser extent Chem ‘95. Whether it came from your dispensary or from your bro who definitely has the OG Chem, it’s all fire and I recommend you toke up.

As the saying goes, “there’s good weed, and then there’s Chem Dawg”. Trust me you have smelled it, it is that sweet stuff that wafts by your nose at a summer concert. You have probably also smoked it too, it is usually the ingredient that will make someone too high. Have you ever tried Sour Diesel? Sour Diesel is the child of Chem Dawg and Massachusetts Super Skunk. How about OG Kush?

According to cannabis lore, the first magical Chem Dawg seeds came out of the dankest bag of buds anyone had ever seen, but like that… the guy who supplied the bag was gone. Chem Dawg, pronounced kem-dog, was named after some heady bro who was selling and trading weed at Grateful Dead shows in the 1980’s. Cannabis strains did not really have names back then. Save for a couple strains like Blueberry or AK-47, cannabis was usually just named after where it came from. I guess AK-47 is even, in a way, named after where it came from. The concert going Deadheads, however, could only remember the guy’s name who sold them the bag. So, when they found some seeds they decided to name the result after him, and Chem Dawg was born. Little did they know at the time that the strain would still exist thirty years later. Years of illegal breeding and trading to keep Chem Dawg thriving show how special a strain like this is, and it has most certainly secured itself a spot in the cannabis hall of fame. Chem Dawg is the Dr. Dre of weed strains, and it is the chronic.

Chem Dawg is an all-consuming head buzz that focuses my attention and stimulates my mind. It is enjoyable to smoke after a day of mountain biking or right before a movie. The skunky flavors remind me there is certainly some Haze in its genetics. Chem Dawg also offers extra-strength pain relieving qualities that will have you perked up and returning for more maybe quicker than you should. Predominantly sativa and focused in the head it offers a stronger high than most, it does not offer the racy buzz found in other sativas, and its mellowing effects to the body avoid any anxious feelings. Usually testing upwards of 30% THC it is a classic strain that shows why OG genetics have the best traits to offer. The structure of the plant is beautiful, usually offering tight resinous buds with very little stem to deal with. The smell and flavor are unmistakable, I turn into Pavlov’s dog around this stuff, and it is the only strain that I have ever known to maintain an aftertaste. If you find some pick it up, or let me know cuz I’m out. 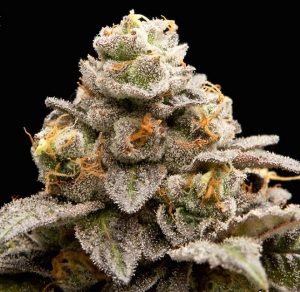 Funny story, my boss interviewed the bro who calls himself Chem Dawg for a job but could not hire him because he is a felon, charges were for cannabis of course.

Chris Fisher
Chris grew up in Dover, Delaware with his sights set on the wild west. Inspired by 80’s and 90’s- era ski movies Chris found his way to Gunnison, Colorado in 1999 to attend Western State College, now Western State University, and to ski Crested Butte. In this little mountain town in the heart of the Sangre de Cristo mountains Chris also found a lovely little plant called cannabis. Chris still lives in Colorado, having moved to Steamboat Springs after graduating to follow his love of skiing, mountain biking, and all things outdoors. Currently working as a budtender with 7 years experience in the cannabis industry Chris has a passion for cannabis, a desire to write, and a love for Colorado.
Tagged: #chemdawg#chronic#confessionsofabudtenderaboutboulder