Home » Confessions of a Budtender » Will Prohibition Return?

In addition to the barrage of questions that customers ask regarding the effects of indicas, sativas and hybrids there is another question that comes up a great deal when people come visit me at the bud bar. Yes, we have the damn gummies alright. I kid, but not really. What they ask is concerning how legalization will maintain under our current administration and whether or not, after all this progress, will there be someone who decides to take it all away from us? They usually pose it with a simple starting off point, “how about that Sessions huh?”. Jeff Sessions may be saying all this nonsense recently about how good people do not smoke marijuana but is there really anything he is capable of doing to this industry?

The technical answer is yes, but it would not be easy or worth it. When President Obama took office in 2009 he said that states can basically be given the right to decide on their own laws, marijuana being one of the first things that was taken advantage of by the citizens of Colorado. However, weed is still illegal at a federal level so what is to stop this clown from coming in and shutting everyone down? Well, nothing really, but there may be a few roadblocks. Consider all the money that is being spent by dispensary owners, edible companies, and private producers just to get this stuff to market for folks. They have rights too, and for someone to invest their entire livelihood into a business only to have the federal government change their mind is not very fair, it is not very American. Not to mention that citizens have voted for legalization. Bringing back cannabis prohibition could cripple a state’s economy. It is possible though. Marijuana is honestly, in my opinion, a very conservative issue as well and it is surprising that more conservative representatives do not get behind it. This is a topic that concerns state’s rights and money. It is an issue that concerns infrastructure at this point. What do conservatives like more than money? Maybe statues of confederate generals, but that is for another Confession.

Too many people are being affected by the legalization of cannabis to turn it around now and say it should all be re-criminalized. The entire west coast has voted that marijuana should be legal. We also have two states on the east coast, two in the center, and many more are going to be following suit very soon. Not to mention that the tax revenue from legalization is something many states are getting very used to. Small ski towns in Colorado are making upwards of one million dollars a month in sales tax revenue and that is only going up. Imagine what happens when Massachusetts, Maine, and California open the flood gates. As they say, a rolling stone gathers no moss. Pandora’s box of weed is open, and shutting it would be rather difficult. The larger states will be the example for the Midwest and the South to begin legalization movements and the sweet maryjane could possibly cure this nation of its debts in no time.

Still, the current problem exists with cannabis being illegal at a federal level. With this, it is important to discuss what the Cole Memorandum is. James Cole, former Attorney General under President Barack Obama told states that if they created a system that monitored the seed to sale distribution and growth of cannabis in a transparent and accountable market the federal government would leave it alone. This memo gave states their own rights to pass laws regarding legalization without making legalization happen at a federal level. Basically, the federal government will look the other way if states take care of their own marijuana business the way the federal government wants them to. In Colorado, and most other states, the system that monitors this is called METRC. METRC is a database that accounts for all plants and sales that happen in a cannabis dispensary from day one until all the way up to their sale. All business gets uploaded into this system daily, it is also a tracking system for the states to make sure that all plants grown are grown legally. It is used to report information from the day as well as monitoring for compliance of businesses. Everything is tracked with electronic RFID tags which help create the “closed loop” system of being able to see and track all business in real time.

Although all these systems are in place to create a safe and regulated industry the federal government may change their mind. The Cole Act could still be overturned and all the work done over the last eight years could be upended if the federal government decides to change their mind. This current administration does seem hell bent on that trajectory sometimes. What helps me get through this question is the money aspect. So much money is being made on this marijuana experiment that states would have a hard time giving it up. Not to mention all the work that has been invested by everyone involved, and I do not just mean the dispensary owners. Politicians, attorneys, consulting firms, and everyone all the way down to the trimmers have relied on this industry to pay them for the last decade. Thanks to legalization police and other law enforcement agencies can also spend more time focusing their effort on real crime rather than busting people for a dime bag. An average cannabis arrest costs a minimum of three hours and three hundred dollars. More and more people see legalization as a good thing and beneficial for this country. Hopefully things will stay on this path, cuz otherwise, I’m gonna need a new job. 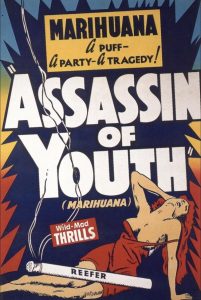