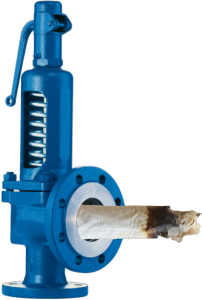 We have a cat fight, folks! Meow! Remember last week when Attorney General Jeff Sessions lowered a cloud of despair across the country with his revival of the War on Drugs? Well, a bipartisan, forward thinking group in Congress have introduced legislation to counteract Sessions. Let’s discuss.

Our regressive Attorney General directed federal prosecutors to charge people with the most serious provable offenses to trigger mandatory minimum sentences. As we’ve discussed, these sentences provide for “one-size-fits-all” sentences of pre-determined lengths. They fail to consider the individual being sentenced or the circumstances of the crime. With mandatory sentences, judges that are closest to the case have no discretion to craft sentences to fit individual crimes. Worse, Sessions is doing this even though the changes made by Obama were working and beneficial to us all!

Mandatory sentences are how a non-violent, marijuana dealer received 55 years in prison for making three sales. This is also how personal use marijuana growers have served mandatory prison terms, been released, and 30 years later still do not have the ability to vote or easily find employment. Not to mention that mandatory sentences have disproportionately affected minority communities to an extreme level. Statistics indicate that blacks and whites use drugs at similar rates. And, most drug pushers are white. Yet, a staggering three-fourths of people in prison for drug offenses are African American or Latino. Worse yet, one of every three black males are forbidden to vote due to Draconian sentencing. Talk about Jim Crow. Sheesh.

Luckily, Senators Rand Paul (R-KY), Patrick Leahy (D-VT), and Jeff Merkley (D-OR) reintroduced the Justice Safety Valve Act. Bipartisan companion legislation was also introduced in the House. I’d like to stop right here and mention that “bipartisan” is a four letter word these days, so to me, these Congressmen need to be congratulated! I digress. What does the Safety Valve Act do? Well, simply put, the law would allow federal judges to tailor sentences on a case-by-case basis. In other words, this bill would restore proportionality, fairness, and rationality to the sentencing process. My favorite part is that it rams a stick in Jeff Session’s eye!

Emy Taylor
Emy Taylor, raised in Texas, often wears multiple hats. She graduated Magna Cum Laude from Texas Woman’s University in 1996, with a B.S. in History. Emy attended law school at Ohio Northern University, graduating with Distinction in 2001. Before starting a successful litigation career in Dallas, she completed an appellate clerkship with the 13th District Court of Appeals of Ohio. In the evenings, she donned a singer-songwriter hat and gigged multiple nights a week. American Songwriter Magazine recognized her writing in 2013, and she was published in the 2015 anthology, Her Texas: Story, Image, Poem & Song. In 2014, the time came for her outdoor adventure cap to take center stage. Emy donated her professional clothes and headed to remote Alaska with a backpack, guitar, and pen. Next, she made her way to the ghost town of Terlingua, her spiritual home, near Big Bend National Park. Currently, she resides in Downeast Maine, where sea kayaking feeds her soul. So, when the time came to use her legal background to add weed blogger to the hat rack, Emy thought it seemed perfectly fitting.
Tagged: #cannabisculture#habeascannabis#weedlawJeff SessionsJustice Safety Valve Actlegalizationmandatory minimumsMarijuanaRand Paul