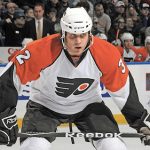 Hockey is known to be an intense sport. As a league, they’re known for fights and hard hits on the ice. These hard hits have caused several former and current professional hockey players to turn to cannabis for its medicinal benefits as a pain reliever, anti-inflammatory, and neuroprotectant. Today we’ve rounded up 10 hockey players who support cannabis, starting with the 2018 Cannabis Business Awards Activist of the Year, Riley Cote. 1. Riley Cote Cote is a very outspoken advocate for cannabis. He played in the National Hockey League for four seasons as an enforcer for the Philadelphia Flyers.... Read More