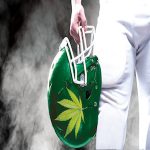 Last night, I had the pleasure of viewing Ricardo Baca’s screening of his new project, Subculture, at Denver’s SeriesFest. It was after the screening, during the audience Q&A, when I was inspired by some of the comments made my Baca and his team. Baca is a legend in the world of cannabis, but for anyone who might need context, some of his accomplishments include being the world’s very first marijuana editor, and spearheading the formation of The Cannabist, a division of the Denver Post. Fortune magazine ranked Baca as one of the seven most powerful people in American cannabis while the... Read More

Cannabis Is Not Alcohol

Chris Fisher May 16th, 2017 Confessions of a Budtender 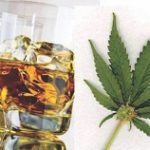 As the budtender, I get in a lot of conversations about why cannabis should be legal. One common argument made is that cannabis should be legal because alcohol is legal. To start with, marijuana should not be legal just because another thing is legal. Marijuana, oops I mean cannabis, should be legal because it is a benefit for humans. We all understand why this argument gets made though, alcohol and cannabis are both substances that get you a little impaired and can affect your judgment. In our society, they are two of our social norms for changing the mindset and relaxing, but they are very different... Read More