Home » Confessions of a Budtender » Good People Smoke Weed Too

Chris Fisher May 9th, 2017 Confessions of a Budtender Share: 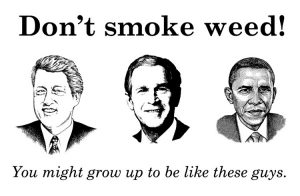 Recently we had our new Attorney General tell us that “good people don’t smoke weed”. That was an ignorant statement made by the man put in charge of this country’s legal affairs and law enforcement. Are you one of these “people”? I am! But…I am a law-abiding citizen, I pay my taxes, I am friendly with my neighbors, and I do not cut people off in traffic, intentionally. I thought I was a pretty decent guy? Half of this country has already updated their laws to legalize marijuana for medicinal or recreational purposes. According to two Gallup polls from 2016, over sixty percent of this country agrees with full legalization and around twenty percent admit to consuming on a regular basis. Jeff Sessions knows not from which he speaks.

Marijuana, or cannabis as we all should start calling it, should be legal. It should be legal because sixty percent of our country believes it should be. Personally, I smoke cannabis because I enjoy it, always have. Cannabis adds perspective to many of the outdoor activities I enjoy, and it literally makes me stop and smell the flowers. Not to mention the enjoyment it brings if you have a little before a concert or the latest Transformers film. I use it for medicinal purposes as well. I was in a car accident almost twenty years ago that injured my lower and middle back. Consuming cannabis helps me manage the pain when it gets bad. I am not blinded by my affection for cannabis however, it can result in some negative reactions for a rare few, but that usually happens when a person ingests too much. Overconsumption of anything can result in bad effects though, if I eat too much sugar it causes my knees to hurt. Although, that probably has more to do with me becoming an old fart.

It is not like I am recommending that you smoke weed all the time, moderation makes you appreciate anything that much more. Cannabis is not for everyone. It makes you feel euphoric and when using the potent stuff, it can offer mild hallucinations that some may find uncomfortable. It should probably not be used at times when critical thinking is needed, nor when driving. When used for fun, however, it can enhance a given situation or relieve stress. When used for medicinal purposes it can do so much for those who are suffering by, for example, offering pain relief that does not end in drug addiction.

According to a recent study that came out in March 2017*, U.S. states that have chosen to legalize cannabis have seen a reduction in opioid-induced deaths. In those states an opiate user is able to significantly decrease their dosage, making overdose less likely. The current administration seems to have a vendetta against things that benefits this country, so it is no surprise that cannabis was also treated with disrespect and bully-tactics. I would not expect anything rational out of the mouth of a man like our current attorney general, who has shown only to be stuck in a time that our current generation has evolved from.

Would you like to know who smokes cannabis by the way? Everybody, that is who, and generally, they are nice and good people. “Bad people” are those folks who do not care about the welfare of others. They generally put their selfish needs and agenda before those who they are there to represent. I would describe them as someone who is insensitive towards those of a different sex, race, or religion. I would also describe bad people as those who think they need to dictate how others should live their lives. Sounds like I just described the new attorney general. I would not presume to take away anyone’s right to choose how they want to live their life, but it sure sounds like Mr. Sessions does. Anyone who does that is not just a bad person but a dick, and for such a little guy, AG Sessions sure is making himself look like a big dick.

Chris Fisher
Chris grew up in Dover, Delaware with his sights set on the wild west. Inspired by 80’s and 90’s- era ski movies Chris found his way to Gunnison, Colorado in 1999 to attend Western State College, now Western State University, and to ski Crested Butte. In this little mountain town in the heart of the Sangre de Cristo mountains Chris also found a lovely little plant called cannabis. Chris still lives in Colorado, having moved to Steamboat Springs after graduating to follow his love of skiing, mountain biking, and all things outdoors. Currently working as a budtender with 7 years experience in the cannabis industry Chris has a passion for cannabis, a desire to write, and a love for Colorado.
Tagged: #attorneygeneral#badpeople#BobMarley#cannabis#cannabisculture#chronic#confessionsofabudtender#dick#ganja#JeffSessions#Leafly#LeafoftheWeek#MaryJane#MASSROOTS#weed#weedblogGoodPeopleMarijuana