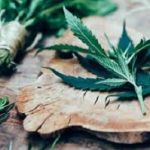 Last week Curtis, the ultimate weed snob, was in town from Boulder. He had just finished skiing and was jamming out at a concert when a joint was passed his way. First, he smelled it, using two fingers to waft a little of the smell into his nose. He asked if it was a pure indica, a pure sativa, or god forbid a hybrid doobie. He asked the person who handed it to him if it was weed grown in soil or hydro? “What kind of ‘noots’ were used in the growing of this plant?” Was it the LGS or was it the buds with the little red hairs, he considered? He inquired about the name and if there was any... Read More