Chris Fisher May 2nd, 2017 Uncategorized, Confessions of a Budtender Share: 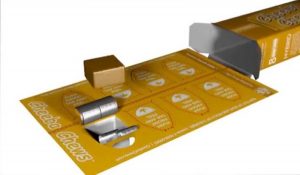 Forgive me weedfather, for I got really baked this week. It has been seven days since my last cannabis confession and since then I have smoked an ounce of weed, dabbed more than a few times, and have been sampling edibles like a tourist for the first time. I have been looking to rid myself of the my post-420 hangover. I realize it has been almost two weeks since April 20th but the annual holiday put a hurting on me and I have been out of it ever since. It is like I am stuck in a hazy fog and I cannot shake it off. I feel like so much time and energy was spent building up to that specific day that when I finally reached it I blew a fuse that is taking a little longer than usual to recharge. The shop I work in literally had a line that went on for fourteen hours that day, with my smiling face at the front of it for ten of them.

The twenty first of April through Memorial Day weekend is considered the “off season” or “mud season” for parts of Colorado due to the weather. It is a gloomy time of year around these parts. The ski area has closed, it rains for three weeks straight, everyone I know takes off to the desert, and the cannabis shop sees those rare pockets of solitude. That makes it a great time for edible companies, looking to get on the shelves for the upcoming summer, to start showing up with complimentary edible samples for the budtenders. I end up with more edible samples than I know what to do with, no joke, I have one section of a cabinet at home devoted to edibles. Gummies, brownies, and tinctures as far as the eye can see. How else will anyone know if they are good though right? Somebody out there must make sure this stuff works the way it is supposed to, and nobody does quality assurance better than us budtenders.

Although this time of year brings a a great deal of free edible samples our way, I still enjoy the classic Cheeba Chew the most. Cheeba Chew began in Colorado during the green rush in 2009, producing consistently potent edibles for customers. Cheeba Chews are little chocolates that resemble a tootsie roll. They are easily dosed for the consumer, they taste good, and most importantly they are effective.

So, since I am stuck in this purgatory of seasons, and this rain does not seem to stop, I am reaching for a Cheeba Chew this week to spice things up and pull me out of my post-420 funk. I would recommend the hybrid chew due to its calm and balanced buzz. Cheeba Chew is unrivaled, the effects of their products offer a potency and duration that are more than enough for any veteran, high-tolerance cannabis consumer. During the first Colorado High Times Cup in 2010, Cheeba Chew employees were handing out free samples to anyone and everyone who attended. It turned out to be a pretty smart idea for the small, new company. They have been an industry leader and a dispensary favorite ever since.

Chris Fisher
Chris grew up in Dover, Delaware with his sights set on the wild west. Inspired by 80’s and 90’s- era ski movies Chris found his way to Gunnison, Colorado in 1999 to attend Western State College, now Western State University, and to ski Crested Butte. In this little mountain town in the heart of the Sangre de Cristo mountains Chris also found a lovely little plant called cannabis. Chris still lives in Colorado, having moved to Steamboat Springs after graduating to follow his love of skiing, mountain biking, and all things outdoors. Currently working as a budtender with 7 years experience in the cannabis industry Chris has a passion for cannabis, a desire to write, and a love for Colorado.
Tagged: #cannabis#cannabisculture#cannabisrecipes#cheebachews#ChewbaccaChews#Chewbies#confessionsofabudtender#hybrid#LeafoftheWeek#weedblogedibleediblesindicasativa