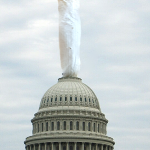 Remember last week when we discussed how, in contrast to President Obama, the Trump administration may be enforcing federal marijuana laws, regardless of legalization at the state level? Well, Attorney General Jeff Sessions said that if Congress did not like his hardline approach towards criminalizing marijuana, they should change the law. That sounds like a threat. There is no doubt we have reached a virtual weed watershed. Twenty-eight states have decriminalized marijuana, and 8 states, plus D.C., are permitting anyone over 21 to toke up. According to the latest Quinnipiac National Poll, 70 percent... Read More 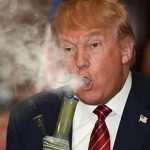 Welcome to “Habeas Cannabis: Lawyer Blows Smoke,” a blog where cannabis laws and related political issues will be discussed. For clarity’s sake, I disagree with any intrusion by the federal government into the legalization of marijuana at the state level. That said, there is nowhere to begin without first asking, what will be the Trump Administration’s federal policy regarding state legalized marijuana? Let’s start by unpacking what we know so far. Trump has ensured, without elaboration, that he is dedicated to bringing “law and order” to our inner cities. Meanwhile, Attorney General... Read More